The space we have prepared for you during your stay with us at UVA MERIDIAN BAY is designed to pamper you silly. 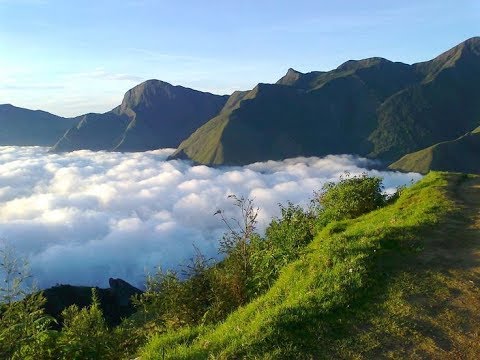 kodachadri hills is located around half hour drive from UVA Meridian Bay Resort and is nested deep inside Westen ghats. A perfect get away for adventure seekers and who love to go on treks.With stunning Views of waterfalls and forests Kodachadri is the 10th tallest peak of the state. The name comes from native word “Kodacha” or “Kodashi”, which means Kutaja flowers, and “Adri”, a Sanskrit word for mountain, both combined together to coin the word Kodachadri.

Kodachadri hills, the peak of which is at an altitude of 1,343 metres above sea level, forms a backdrop to the Mookambika Temple in Kollur. With its dense tropical and subtropical forests and pristine landscape, a trek to Kodachadri hills feels like being in the lap of nature.

Kollur Mookambika temple is located near the foothills. Kodachadri hills is considered as a biodiversity hotspot, is Situated in the middle of the Mookambika National Park. It is home to several endemic and endangered species of flora and fauna.  Several monolithic structures can also be found built built here in prehistoric times. Rocks with dimensions greater than 12 feet were used in their construction. A temple dedicated to the Ancient Mother Goddess Mookambika is located near the top of the peak.

For tourists the first option would be to trek the entire route on foot. Kattinahole, which is a small village in Hosanagara taluk of Shivamogga district, is at the base of Kodachadri. The trekking trail starting from Kattinahole goes through a jungle, a stream,some huts and green pastures, again enters into the jungle, through Hidlumane Falls, thick rain forests and finally leads to the hills of Kodachadri. One can see diverse species of plants, shrubs and trees along the trail.

Another option is to take a ‘jeep trek’ from the base of Kodachadri. The well-trained drivers take you through the uneven rock-strewn mud roads with sharp twists and turns, with ease. One can hire jeeps from Kollur also.